What occasions should I wear them ?

There isn’t really an occasion where it couldn’t be worn; both double or single-breasted suit, as they are both appropriate.

While you will occasionally find double-breasted jackets with blazers, we notice that they are more frequently worn with suits.

Despite the fact that they aren’t utilized as a suit, they will require slightly more formal pants.

Given that double-breasted blazers are often a little more formal than single-breasted, you wouldn’t want to wear one with jeans.

Let’s start with the first question; What is a single breasted suit?

A single-breasted suit is made out of a formal pair of pants and a jacket, coat, or other comparable garment with only a single column of buttons and no excess  fabric overlaying.

The front of these is often closed with one or more buttons in the middle of the jacket.

Usually, the shorter the lapels are the more appealing the suit will seem, also with the more buttons it has.

However, more than 94 percent of all jackets available now have one button, single-breasted, two buttons, or three buttons, and the majority of us will largely see these types of jackets in formal attire.

The next question, What is a double breasted suit?

A double-breasted suit has two columns of buttons and broader, overlaying front lapels that are often worn by men.

The first column of buttons is often practical, whereas the second is decorative.

Most of them often have 4-6 buttons, which is a lot. In most cases, the phrase “double-breasted suit” relates directly to the whole ensemble, which includes the double-breasted jacket and complementary formal pants.

The major difference with double-breasted clothing is that there is additional fabric which will fold over again from left to right. There will be more fabric that folds over, in addition to two rows of buttons rather than one.

A double-breasted jacket always seems to have peak lapels, which is an additional factor contributing to its greater formality level.

The final thing we’ll say about the double-breasted is that it is somewhat less adaptable, so you won’t be finding double-breasted in athletic jackets unless you have situations when you want to offer a more relaxed and moderate look. 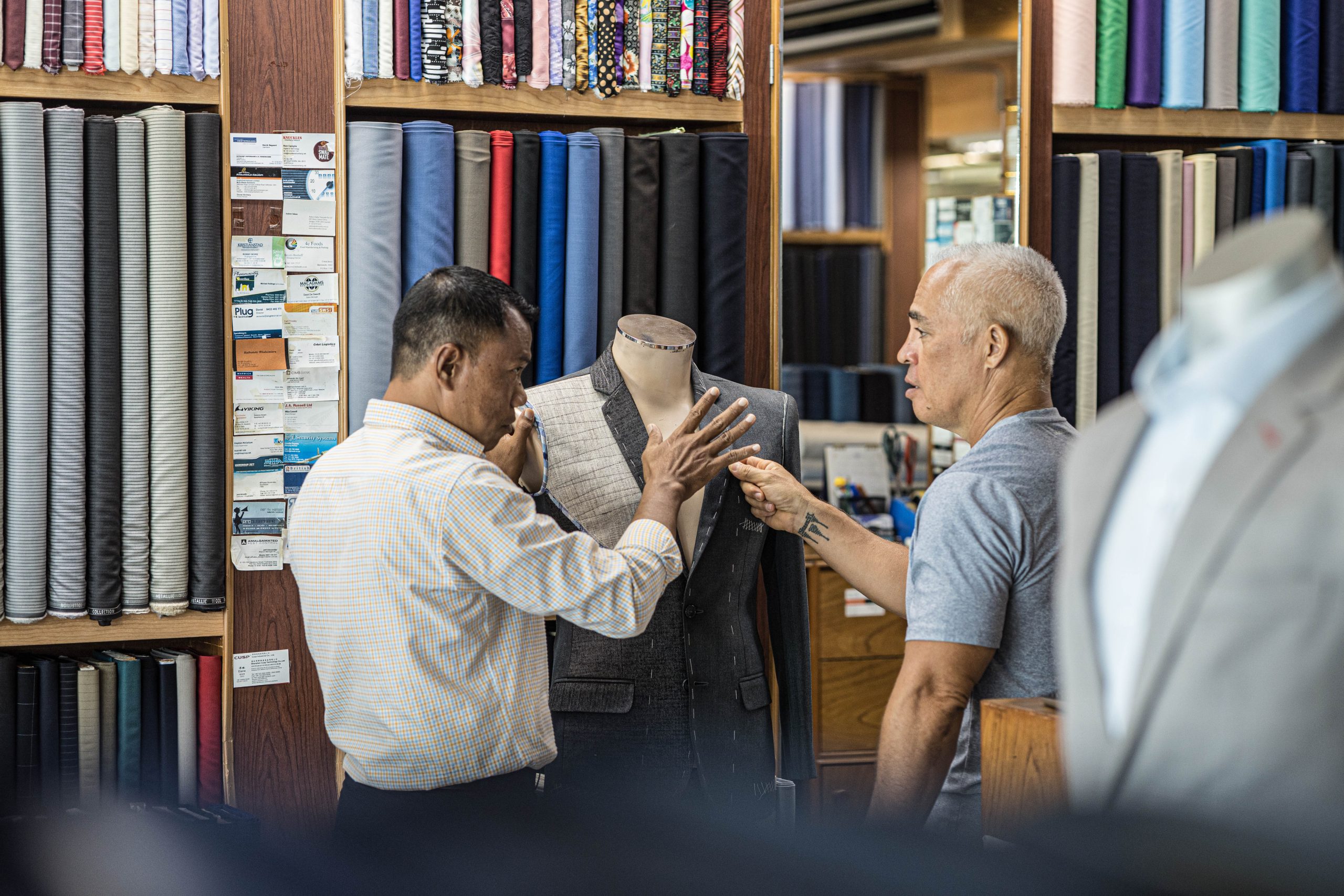